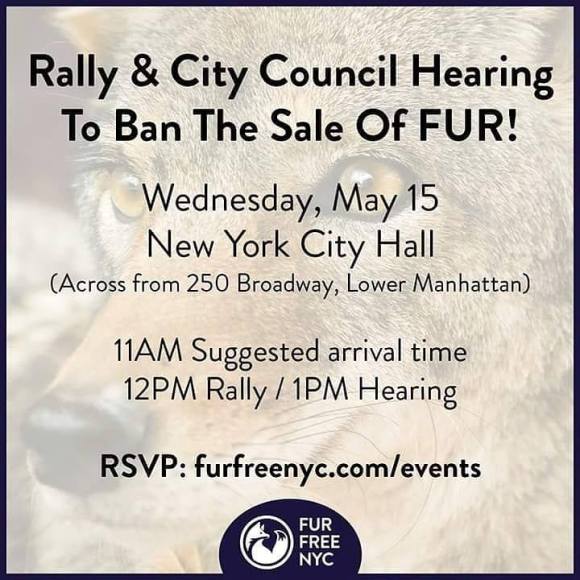 May 15, 2019 was such an epic day in the history of New York city. It’s the day when speaker of New York City Council, Cory Johnson introduced the bill to ban all sales of fur in New York city, the world capital for fashion. He urged his colleagues to consider the bill on moral grounds, because “it’s the right thing to do”.

GUNAS was present in the middle of all the action as our CEO and founder, Sugandh was there to represent and provide her testimony in support for the ban. What began as crowds cheering from either sides of the fence (pro and against) to leaders in fashion and heads of the world fur trade organizations expression their fury and acceptance alongside, it was an emotional, draining 8 hours to say the very least. But the absolute sense of calm from the animal rights activist was certainly commendable in contrast to the furious outbursts that the furries had in the room. This was only the first hearing and there might be 2 more before a conclusion is made on passing the ban. The highlight for the animal rights activists was having celebrity fashion guru Tim Gunn on their side to testify.

See below Sugandh in the City Hall as she presented her testimony at City Hall along side Anna Tagliabue of Pelush, the ASPCA, PETA and several other animal lovers who showed up to support the ban. #furfreenyc